A big update is coming to Whatsapp in the next few weeks that will allow you to have a 512-member group chat community and transfer large files at once!

What is Whatsapp? I doubt if anyone will ask that question, but I am going to give an answer anyways.

Whatsapp has grown into a full-fledged social media app that is almost on every phone in the world since its inception in January 2009.

WhatsApp has confirmed that the new Communities feature will be added to the instant messaging platform.
The company describes it as “Communities on WhatsApp – a new feature to help users organize their WhatsApp chats.”

“While other apps build chats for hundreds of thousands of people, we’ve chosen to focus on supporting the communities that we interact with on a daily basis. It’s still early days for WhatsApp Communities, so we’ll be focusing on developing new features to support them in the coming year.”

The New Features Coming to Whatsapp

I am going to list all the features you should expect on Whatsapp, one by one – then we will take a look at each and every one of them.

Whatsapp currently only allows users to send 100MB at a time, which is insufficient. With a higher limit, users would no longer have trouble transferring large amounts of videos and files.

WhatsApp does, however, recommend using WiFi for larger files. It was written on the Official Whatsapp blog that while uploading or downloading, it will display a counter to let users know how long the transfer will take.

Whatsapp Voice calls now have a new look and can support up to 32 users.

With a new design, WhatsApp wants to make the group voice calling feature possible for up to 32 people.
The app window that appears during group voice calls is being redesigned by the company.

During a group call, you will be able to see voice waveforms for all participants. The waveforms of the voice are similar to those of voice notes. The design changes are minor, but they give the page a more modern appearance.

WhatsApp is now rolling out another useful feature: the ability to add up to 512 people to groups, following the announcement of the ability to react to messages to everyone on the latest versions of WhatsApp for Android, iOS, and Desktop.

As you can see in this screenshot, we will be able to add up to 512 people to our WhatsApp groups, which is one of the most frequently requested features.

WhatsApp is now used by schools, local clubs, and non-profit organizations to communicate securely and get things done, especially since the pandemic forced us all to find creative ways to work together while we were all separated.

Whatsapp has announced a new feature, called ‘Whatsapp Communities’. Here’s a screenshot of what it looks like:

WhatsApp’s Communities feature will allow users to bring together disparate groups under one roof with a structure that suits them.

Users can easily organize smaller discussion groups on topics that interest them and receive updates sent to the entire Community.

Communities will also contain new tools for admins, including announcement messages that are sent to everyone and control over which groups can be included.

Only a few people were able to send message reactions after installing certain updates of WhatsApp beta on both Android and iOS in recent weeks.

This is most likely because WhatsApp wanted to make sure the feature was working properly and without any issues.

Now, Whatsapp says this feature will be available for everyone!

Reactions are available for chats and groups, and you can react to a message by selecting one emoji by tapping and holding a message bubble.

When you tap the reaction icon on any incoming or outgoing message, a reaction info section appears, listing all people who reacted to the message with the emoji they used. 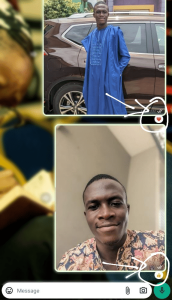 You’ll get a push notification whenever someone replies to one of your messages; this is enabled by default, but you can turn it off by going to your WhatsApp notification settings.

Today, more people are getting access to the feature, but it will take up to 7 days for everyone to get access. I already have access to this feature though!

Whatsapp Group Admins will be able to delete messages sent by other people.

I loovee this feature so much. One reason is that people don’t like to listen.

It can be so annoying when someone drops spammy links on a group chat where you are an admin. What do you do? Warn them and hope that they revoke the message. Not anymore.

Group admins will be able to remove errant or problematic messages from everyone’s chats.

Whatsapp has introduced more amazing features that I think are wonderful. I can’t wait to use them! What do you think? 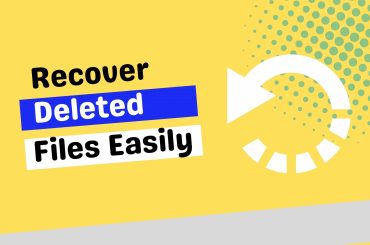 How to Recover Deleted Files with Recuva Cracked 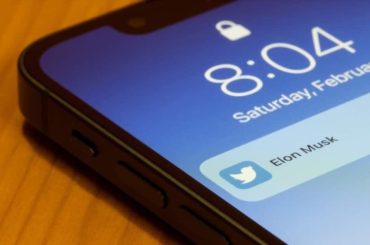 Elon Musk Finally Buys Twitter for $44bn – How Did He Do It?

How to Clean Your Wireless Earphones and Airpods